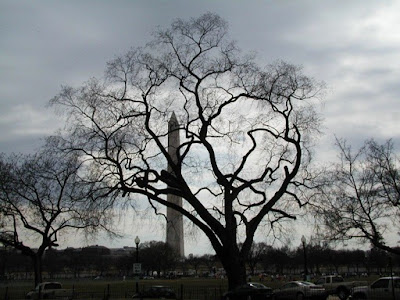 Washington DC, March 2005
Second Story Gallery Presents
Stan Hosman
who will display his photography during January in a show titled
“Scenes That Please My Eye”

Stan was superintendent of Camas Schools for nine years, retiring in 1982 after 27 years in education. Well known locally as a camera buff, Stan has always kept a camera handy.
Photography has been his primary hobby throughout a career that included traveling with wife Carol to Japan to teach at Seisen Junior College, connected to Camas High School through student exchanges.

Stan said his love of photography began in high school, leading to a studio job where he worked full time while attending college. Back then, he said, he used flashbulbs the size of a regular 25-watt light bulb. Now he takes digital shots of his subjects, usually birds or other inhabitants of the natural world. He also places an emphasis on textures and amusing compositions. He said one of his favorite prints is a “saucy” toy bear reclining in a shop window in Basel, Switzerland which will be on view in the January show.

Noting that taking pictures has been a constant part of his life, Stan said that family vacations meant a lot of stops for “Dad” to snap a photo. He also took a lot of pictures of his children as they grew up. Recently, while arranging the family for yet another photograph, Stan said his son complained that he was “camera abused as a child.” Stan admits to storing thousands of slides and prints.

Stan will be available to discuss the scenes that have caught his eye at a reception during First Friday.