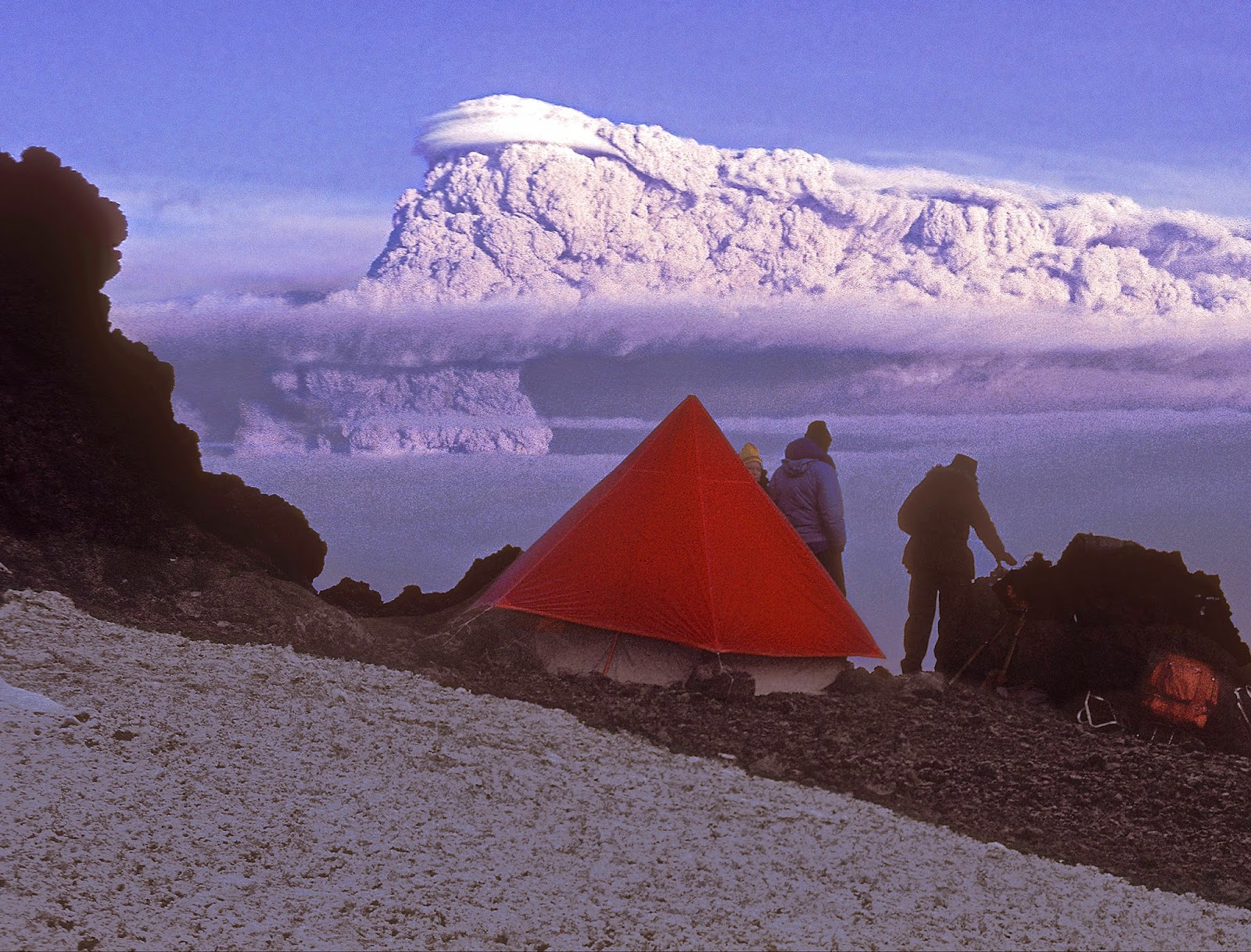 Photographer Darryl Lloyd will be featured at Second Story Gallery in April with his show titled “Guardians of the Columbia: Landscapes of Mt. Adams, Mt. Hood and Mt. St. Helens.”   It is a retrospective of over 40 years of shooting the three "Guardians" from different angles--many of them vertical as the photographer climbed up for better views.

Mr. Lloyd grew up at the base of Mt. Adams, and when he was given a Brownie Holiday camera at the age of 10, he began recording his climbs of Adams, Hood and St. Helens. That in turn led, he says, to “a lifetime of mountain travel, freelance photography and the study of geosciences, which nourished my love of volcanoes.”

His experiences hiking the Guardian volcanoes gave him a unique perspective as he continued to photograph other North American landscapes.

“I try to embed my own emotional and physical experience in the photos, such as shooting alpenglow on a high peak from a wilderness camp,” he says. “Some of my favorite shots required a difficult hike or climb, and took careful planning to reach a spot where the light, sky and foregrounds were just right. I want my exhilaration and joy of being there to somehow be a part of my best shots.”

The Guardian volcanoes are “like old friends to me, changing and evolving over the years, always there in the time of need,” says Mr. Lloyd. “Whether hiking, ski touring or just gazing, the mountains and surrounding wilderness provide a sense of well-being and renewal of spirit.”

He says, “I also love to photograph people interacting with nature in a quiet way. For me, photography reflects a way of life. It gives depth to composition and landscape interpretation.”
His experiences have led him to become active in protecting the wild places and expanding the wilderness areas of Mt. Adams and Mt. Hood. He donates photos for money-raising to groups working to protect the Gorge and other wild places in Oregon and Washington.

Mr. Lloyd became a full-time photographer in 1997 and his fine art and stock photos are available at his web site, www.LongshadowPhoto.com. His photos have won awards and have appeared in many publications.   He lives in Hood River, where in addition to his environmental work he is active in the arts community. He is in the process of compiling 50 years’ worth of photos into a book of nature photography.