A Tale of Two Artists

Local residents Tamra Sheline and Claire Bandfield are joining forces, combining unique materials and experimenting with new methods for their August show, “A Tale of Two Artists,” at Second Story Gallery in Camas.  Their differences will be on view too; Tamra paints in watercolor, often on a plastic sheet called yupo, while Claire's medium is gritty cement.


Tamra says she started young, drawing as a child, then majoring in fine arts and later graphic arts in college. Her studies led her to work as an art director and graphic designer while never giving up her true passion for fine arts.  She creates computer illustrations and also works at the drawing table with watercolor, acrylic, pencil, brush, and ink. She has also won an award for her jewelry designs. 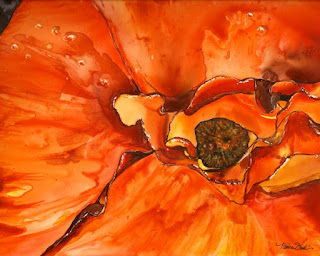 Tamra will feature works using watercolor on a synthetic “paper” that is really a plastic.  She likes yupo, this paper-like material, because it has a silky surface designed to take ink smoothly and richly, resulting in flowing and blending images.  She is  putting finishing touches on her part of the show as she prepares a retirement party at her Camas home for her husband Eric, who is leaving the Marine Corps as a Sergeant major after 27 years of serving his country.

Claire is a self-taught artist also living in Camas. Her three-dimensional art is inspired by mid-century architecture and traditional Japanese gardens. 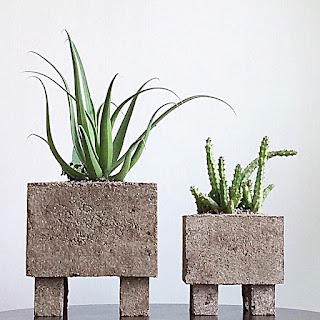 She said she started by making hand-cast stone pots and planters for her own garden.  The material she uses is frost proof and weighs less than concrete.  Over time the surface attracts moss and lichen which give the pot a subtle greenish tint.

Claire experiments with shapes and textures, making forms from reclaimed wood, foam board, and all kinds of found objects for her one-of-a-kind pieces.   She started her own business, "apotspot" two years ago and markets her handmade planters through local nurseries.  Her workspace will be part of the Clark County Open Studios Tour in November.

The Aug. 7 reception for the two artists, part of the downtown Camas First Friday activities, will also feature music by Anthony Utehs and Andrews Dodge.   “A Tale of Two Artists” will continue through Aug. 29 in the gallery inside the Camas Public Library at 625 NE 4th Ave.


Both artists will also sell their art at the Vintage and Art Street Faire scheduled for Fourth Avenue on Saturday, August 29th.   A Second Story Gallery booth will  showcase their work at this one-day sale while the month-long exhibit continues at the other end of the street, upstairs in the Camas Public Library.